Cat People vs. Dog People: Is There a Difference?

Science tells us there is indeed a difference! And it may have nothing to do with which species we share our space with.

To learn more, Sam Gosling, a psychology professor at the University of Texas at Austin, conducted a study of 4,500 participants. Each one self-identified as either a dog person or a cat person. Here is what Gosling discovered:

There’s more to the dog person/cat person discussion than native personality traits though.

After all, we may perceive dog people as outgoing only because they congregate at dog parks. As for us cat people, was there ever any misgiving about our striking intelligence and sparkling creativity?

But how do people decide to identify as cat people or as dog people in the first place?

Dr. John Bradshaw, an anthrozoologist at the University of Bristol, has an answer. He says many people who identify as dog people believe themselves to be masculine and decisive, qualities we assign to dogs. Cat people, on the other hand, view themselves as feminine and independent, attributes associated with cats.

In other words, we identify our perceived selves with the idealized version of a dog or a cat.

Column Five Media gives further details in a helpful infograph, which tells us that:

All that information suggests that having a dog or cat and being a dog or cat person could be related. But in fact, a city-dwelling dog lover may choose to keep a cat because it’s a lower maintenance animal. And a cat lover who lives alone may opt for a dog’s companionship because of dogs’ protective nature.

Dogs have earned their reputation as outgoing types by looking fetching on the end of a leash and slobbering on an extended hand. It’s cats, however, who rule cyberspace. Cat-related searches are among the most popular on the internet, and social media sites like Instagram fill up with cute cat pics. Feline internet celebrities like Grumpy Cat, Li’l Bub, and Cole & Marmalade draw millions of fans. But who knows of a dog who’s an internet celebrity? Then again, introverts have ruled the web since its inception, and there’s no sign that we’re abdicating the internet throne.

Maybe what we perceive as “outgoing” or “introverted” is situational rather than static. Personality differences, like the ongoing feud over dogs and cats as pets, can even tickle our funny bone, like this genius diary of a dog and a cat. And they add spice to life.

So what can we make of all that?

There’s something to be said about the science and psychology of being a dog person or a cat person. And it was Ann Taylor who said it. “Dogs eat. Cats dine.”

What about you? Are you a dog person, a cat person, or abipetualist? If you don’t know, take this Buzzfeed quiz and find out. 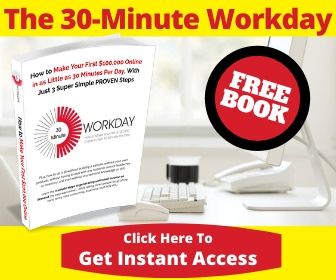